Baseball Vindication, And An Ass-Load of Other Things, As Well

As I write, the Pittsburgh Pirates are well on their way to never winning another game. Ever.

On June 13, the Pirates were one game below 500 and I was excited. Last year on that date they were nine games under. (I know because I keep track of each season in a spreadsheet; just one more thing I’d probably stop doing if I ever worked for myself.) Today the Bucs are eighteen games under, whereas on this date last year they were only fifteen under. They are worse this year than last year, despite finishing last season with a 2-13 record over their last 15 games. 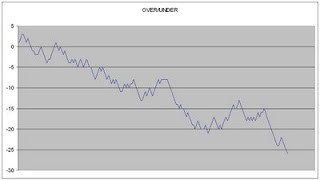 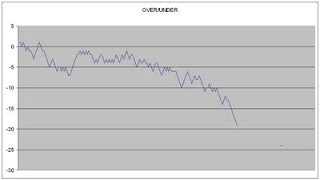 According to this Pittsburgh Post-Gazette article, the Pirates, Brewers, and Tigers all entered 2004 with consecutive losing season streaks of 11 years. Since then the Tigers have been to a World Series, the Brewers have been in playoff races and seem to be the wild card winner of the National League, and the Pirates are seven losses away from tying the all-time losing streak of 16 years.

I hate Neal Huntington so much right now.

School has started up for me again. One of the quirks of being an undergraduate TA is that my students one semester can become my classmates the next semester. This semester I have a history class with a student who I’m pretty sure failed my class last term, and a math class with a student who passed. The failing student avoided looking at me last week in class, while the passing student at least talked to me. Also, many of my students from last semester are in the class I’m TAing for this semester, but are in other discussion sections. Is it because they didn’t like me? Three of my former students are back in my sections this term, though. Did they know when they enrolled, or are they hating their luck right now?

My wife likes to draw the following picture of me: 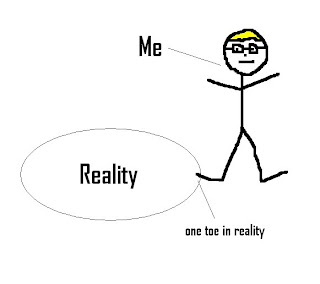 I know, it’s a wonder I’m still married to this woman. But anyway, one of the reasons she says this about me is my utter conviction that nearly everyone I’ve ever met doesn’t like me. It takes most people a while to realize it, which is why I always have a friend or two, but I don’t usually have friends longer than three or four years because even idiots don’t need that long to determine who they hate.

As justification for this opinion, I’ve got this quote from Notes From the Underground on our refrigerator:

It is clear to me now that, owing to my unbounded vanity and to the high standard I set for myself, I often looked at myself with furious discontent, which verged on loathing, and so I inwardly attributed the same feeling to everyone.

Actually, the entire book makes sense to me. As I read it I thought, “Finally, somebody gets me!” I realize the negative implications of identifying with the Underground Man; I’m just saying I don’t think he’s so wrong.

Anyway, I counter this caricature of me with the notion of “depressive realism,” the idea put forward by Lauren Alloy and Lyn Abramson (and concisely summarized in this book excerpt from amazon.com), which says I am 100 percent correct and she should stop drawing hurtful pictures and start making tasty desserts and wearing less clothing.

My daughter tends to worry about things. Usually they are things she is correct to fear, such as natural disasters, but they are also things she can’t control. For this reason, we keep her pretty sheltered from the news, and from much of history, too. (All she knows about September 11th is that buildings fell down because planes hit them, but the planes weren’t supposed to do that.) This might seem extreme until I tell you that, while I was watching TV with her two weeks ago and we saw an ad for a local “news” investigation into failing car tires, she made me promise to watch to see if our tires were the kind that were bad.

We have a restriction of Sunday TV viewing. Our kids can only watch church movies, which is why they watch “Mr. Kruger’s Christmas” any time of year. It’s either that or “The Restoration,” since “To This End Was I Born” freaks them both out. Well, for the last two weeks we’ve allowed them to watch the Olympics on Sundays. Two weeks ago they were watching the Olympics while Persephone and I were upstairs sleeping. (I wish that were a euphemism for something, but we were actually both asleep.) When Persephone woke up, the Olympics were over and the local “news” was on. She quickly turned off the TV, but Crazy Jane had already become frightened of a news story: “They said that next year some TVs will stop working.”

I’ve written in this (virtual) space about the HDTV change and how much I hate everything about it. (I bet the Underground Man would hate it, too.) Well, it turns out Crazy Jane is one of the frightened millions. That makes my plan to shoot the TV even meaner; it would be like shooting her best friend. She no doubt agrees with Homer Simpson’s characterization of, “Television: teacher, mother, secret lover.”

The Pirates lost 2-0 while I wrote this post. They are now six losses away from their 16th consecutive losing season.

I thought I was supposed to stop making tasty desserts. Make up your mind already. :) (Peach Cobbler waiting at home).

The Man Your Husband Is Worried About said...

It's a package deal; you can keep making tasty desserts if you wear less clothing during said dessert making.

so since I'm passed the 3-4 year mark, does it mean that I'm really dense because I haven't figured out that I don't like you yet? I must be a retard!. Just to prove to the world that I can be smart, I'm going to stop being your friend today.... AHHH feeling better about myself already.

Just releasing myself from you freindship has given me a whole new perspective on life. SWEET I am SMART after all! :oP