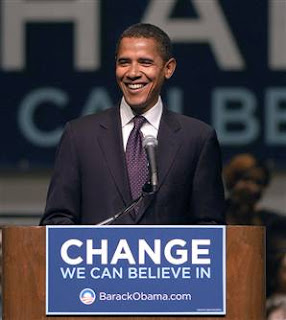 I've made no secret here about being a fence-sitting Obama supporter. But I have a question I need to ask a Mormon Democrat, and those are hard to find. Fortunately, I know at least one casually reads my blog (and that's nearly 30% of all Mormon Democrats, right?).

How can I be anti-abortion and vote Democrat? 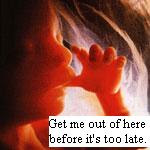 Unless I can answer this question, I'm going to have to vote Libertarian (I'm not satisfied with their punt on the issue, but at least they punt and don't call for more dead babies,** which evidently can also be called "choice") or not vote at all.

Regarding "choice," the Democrat plaform reads: "The Democratic Party strongly and unequivocally supports Roe v. Wade and a woman's right to choose a safe and legal abortion, regardless of ability to pay, and we oppose any and all efforts to weaken or undermine that right." What this means to me is, "We don't trust the democratic process or respect states' rights or the inalienable right to life of someone incapable of making his own legal argument from outside the womb, and we think Medicare and Medicaid should pay for it."

I don't believe a woman has a right to kill a baby, and I am physically repulsed by the notion of a woman being so thoroughly entrusted with the care of a helpless individual and responding to that trust so shockingly selfishly and brutally. It is not a "right to choose," it's a right to kill, and I don't support it, and I never will.

*: For those of you who hate the idea of abortion as much as I do, I suggest you don't do a GIS for "fetus."

**: Why was it so hard to find even a draft of the Democrat Party platform? It's over two weeks old, but there's no direct link from the party website.

I am a Mormon Independent.

I am so disgusted with this election. I was just reading comparisons of McCain's and Obama's positions on wikipedia and don't want to support either of them.

As far as abortion goes, the way I see it, you can not make abortion illegal because there are circumstances (such as incest, rape, or the life of the mother is in jeopardy) when it is permissible. If you made it illegal, then in these circumstances women who really did need one would not be able to get one. So, it's kind of like we have to be pro-choice while being pro-life.

My dad, uncle and Grandfather, are all Democrat Moromons. But unfortunately I don't think they are pro choice. I am pro life as you are. Don't know how you settle this one.

I agree that this is a difficult issue. I would be jumping on the bandwagon with my husband if not for the abortion issue. Even if I agree with democrats for the majority of issues (environment, gun control for example) it just doesn't seem like those should trump abortion. So when voting for positions where the politician would have no effect on abortion laws, I don't care if they are pro-life. But it seems like the president of the US does have some effect on that issue. Ever since Palin was selected I have been teasing Nathan that I would vote for her. I really like that she sold the governor's jet on Ebay, but I have to admit she did get on my nerves a bit in her speech.