What I've Been Doing

Why haven't I blogged lately? Because I've been working on this project. I made shirts of my family members' favorite soccer teams. I violated the teams' copyrighted images to create life-long fans who will buy licensed merchandise in the future. They're welcome.

I saw a pin on Pinterest showing how to stencil crap onto fabric. I thought nothing of it. Then a few days later I realized I could make shirts for my kids. I decided to make them each a shirt of their favorite soccer teams.

I asked the older kids their favorite teams. Articulate Joe said, "Either Arsenal or Barcelona." I said, "I asked for your one favorite team." He said, "Um, Arsenal." Then Crazy Jane answered, "The U.S. Women's National Team." Then Jerome Jerome the Metronome answered without any hesitation at all, "F.C. Barcelona."

My wife's choice of "favorite" team was more round-about. As a native of Pittsburgh and life-long Pittsburgh sports fan (for worse or for worser), I figured I should support a Sheffield team in English football. My wife read that her favorite singer is a Sheffield Wednesday fan. She asked me about the team and I said, "I actually started liking Sheffield Wednesday lately." I showed her the logo and she said, "That owl is adorable." So she was hooked.

I started by printing copies of each logo to the scale I wanted, then tracing them onto freezer paper. 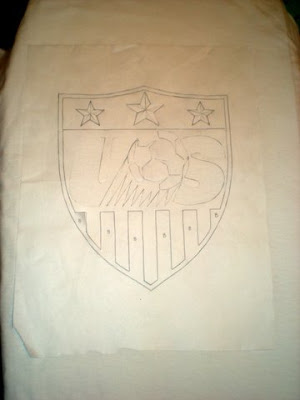 Then I used my X-Acto blade to cut the stencils. 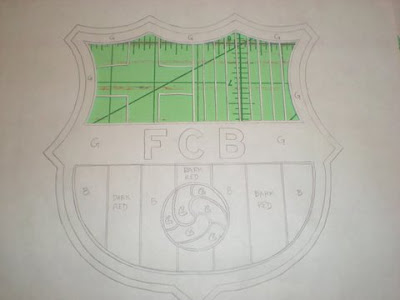 One problem I had was loose pieces of the stencil, like the middle of the letter A. The tutorial connected to the Pinterest pin I saw looked like the lady just eyeballed it, but that wasn't sufficient for me. What I ended up doing was leaving small connections (like when plastic army men come attached to the extra plastic connectors) until after I ironed the stencil on, then carefully cutting the small connections and removing the extra stencil pieces. 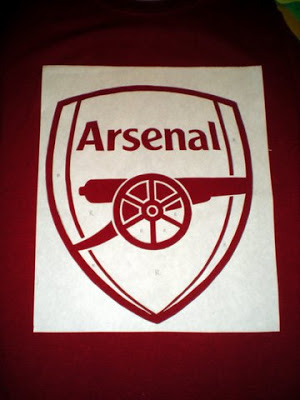 I was worried about that approach, though, because I didn't want the freezer paper to leave a residue that would need to be washed off before I painted. It turned out it didn't. Everything worked out perfectly, except for my wife's shirt, which the stencil didn't hold as easily as the other shirts. 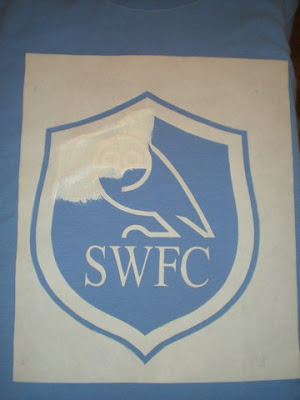 Then I painted. My wife's shirt and Joe's shirt only needed one color. I started with Joe's and was dismayed when I saw how poorly the white paint covered the bright red shirt, but online it said it would need several coats. I waited half an hour and tried again, but it wasn't that much better. Someone else online said to let it completely dry, which the paint directions said takes four hours. I was doing all this Saturday night/Sunday morning (I worked on it until six, then slept until noon before one o'clock church), so I let it dry all day Sunday and did a second coat on Monday. That turned out good enough that I didn't even have to do a third coat Monday afternoon as I had planned.

I hadn't planned to do anything for Screamapillar, since he doesn't have a favorite team and he doesn't wear shirts yet, but then I thought it would be mean of me to exclude him, especially since he's my least-favorite kid right now. (If he ever stopped screaming, he'd be tied for my favorite with the rest.) My wife suggested I make him one for my favorite team. I was in the middle of cutting out Jerome's stencil, which was more involved than the other four combined, so I didn't want to do any additional work at all. But then I remembered that Dortmund's logo is super easy, so I made him a Dortmund onesie. It was only two colors, as was Crazy Jane's. (Since the women's national team doesn't have a distinct logo, I used the federation's logo and girly colors.)

Then there was Jerome's shirt. It was a pain. I had to do several coats of every color because the shirt is so dark. There are about a billion different areas. There are five different colors. I had to specially mix the one shade of red. Then today he tells me Barcelona is his second favorite team. I wish he would have said something four days ago!

Anyway, here are the results. 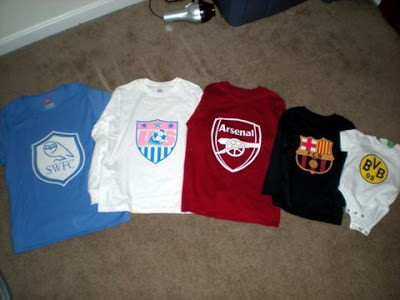 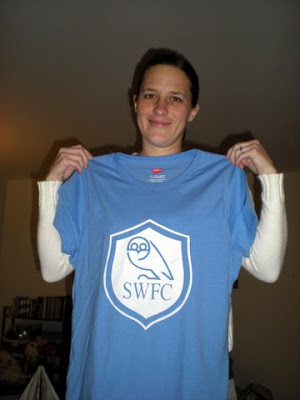 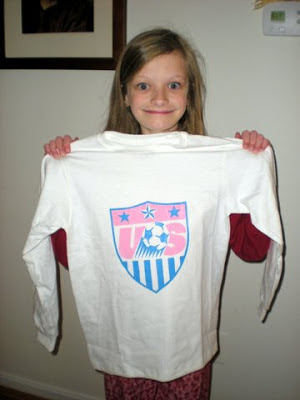 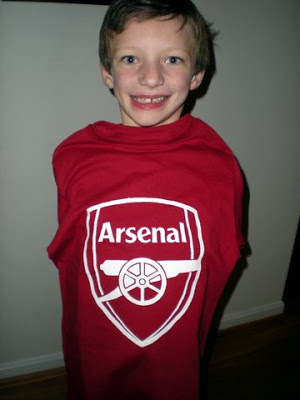 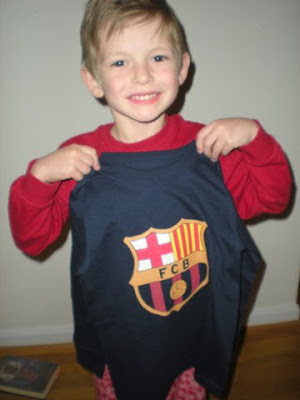 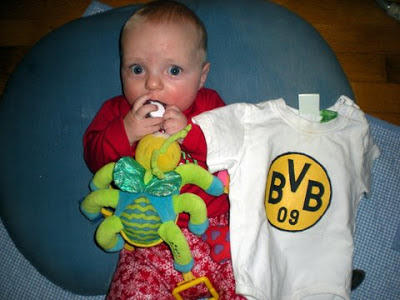 Except for the Screamapillar. But then he's not usually pleased about anything.