I've written before about how, now that I'm 44, I'm attracted to old ladies. I'm watching the Indentured Servants of Football championship game and saw a shot of Alabama quarterback AJ Whatever's girlfriend and mother. 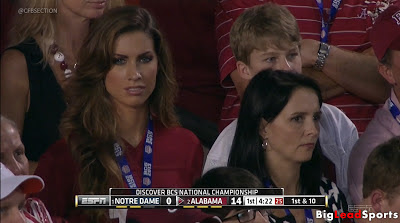 (I took this photo from Big Lead Sports, who stole it from Disney*.)

Who is the hottest woman in this picture? Brent Musburger (who is 73 years old, according to Wikipedia) would have us believe it's the girlfriend. He's wrong. 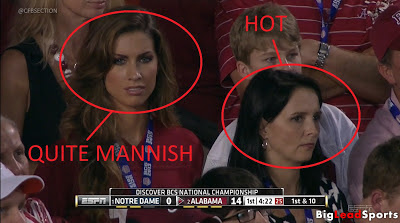 * = I know Disney doesn't understand what the word "fair" means when it precedes the word "use," but as long as Disney continues to orchestrate an unconstitutional perpetual copyright, they can suck it up.