At the end of our block is an alley market. At the opening of the alley market is a tiny shop filled with only eggs. The first time I noticed it, on my way to the bank, I came home and asked my wife if she'd seen it. She had, and she was equally confused by it.

Do they really sell a room-full of eggs in any reasonable amount of time? I had shared with her an article I read last year about non-refrigerated eggs around the world, but this seemed to be going to extremes. I can't imagine how the egg room isn't just swarmed with chicks. (And before you get all condescending and say, "They aren't swarmed with chicks because the eggs aren't fertilized, smart guy," I would say that cracking open a few Chinese eggs will disabuse you of that idea with a quickness.)

The next time I walked past, I tried to take a picture, but it was a bright day, so the egg room turned out on the photo to just be a black cave. 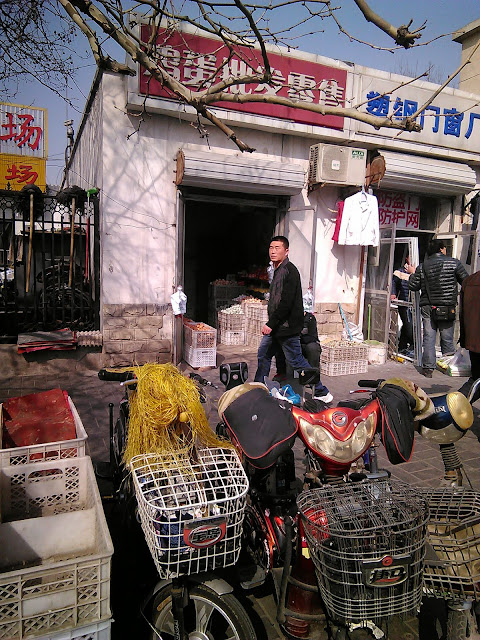 Last weekend, as Articulate Joe and I were walking home from our seven-hour Saturday trip to church activities and meetings, we passed the egg room. Because it was dark, and the job of the egg purveyor is never done, the lights were on. I thought, "This is a perfect opportunity to capture the true essence of the egg room." I took out my phone. Articulate Joe, who had been eating a Dairy Queen Blizzard that he'd finished, said, "I'm going to go throw this away in that trash can over there," leaving me alone to snap the shot.

When I got my phone out, the room was deserted. It was even empty when I first tapped the screen to take the picture. However, comma, since my phone takes a long time taking a picture, by the time the image was actually captured, a woman had come out of the back room and was looking at me strangely, as if to say, "Why is there a white guy taking a picture of my egg room right now?" 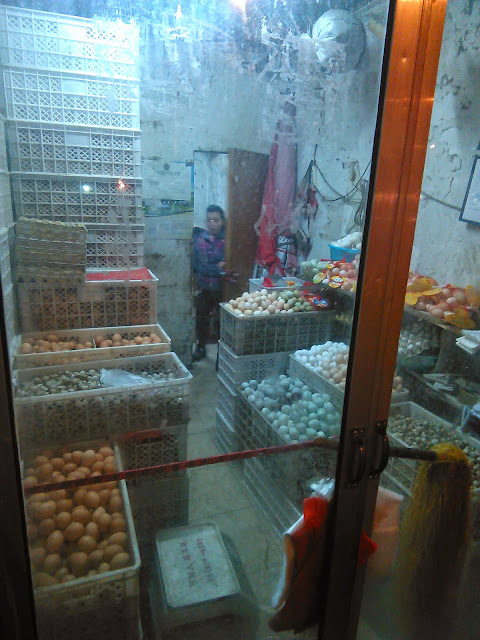 Had we been in America, a minority taking a random picture in public is grounds for calling DHS, right? I think the Patriot Act actually requires it. But here, she just looked confused. I quickly pocketed my phone and ran over to the trash can where Articulate Joe was waiting.