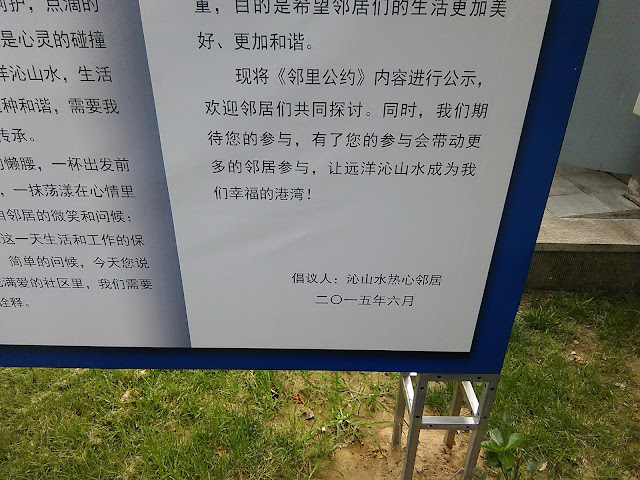 What's weird about it is the date. Everything else we've seen that has a date on it has four digits and the character for "year," like, "2015年." This date, though, is written like, "Two 0 One Five Year." Not all in digits, but also not all in characters, since it doesn't use "零" which means "zero." It's also not like they wrote out "Two thousand fifteen." It's just weird.

Here's a photo of what the boys were doing the other day when I was home alone with them. It raises the question: am I terrible father, or am I a genius father? 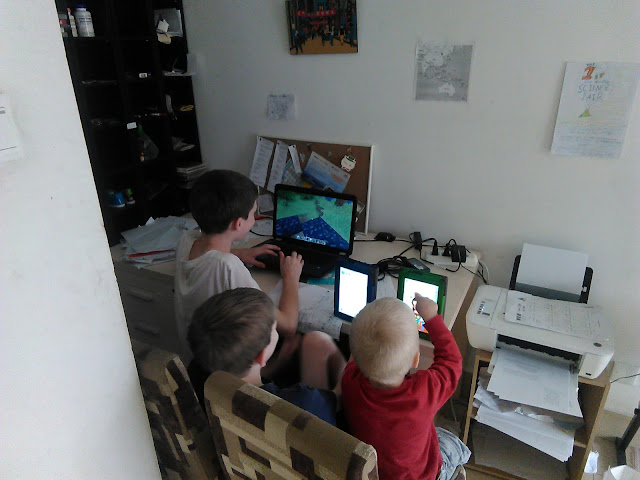 Here's an interesting bit of a blog post from Arnold Kling:

Kling misses a third explanation: the "nutjobs" weren't nutjobs. That one's harder to see because we get attached to our uncharitable views. In some senses it's easier for us to think "well, I must be crazy now" than to think "I guess I was wrong about those people I thought were crazy."

I noticed the other day that the Feedly view of my blog posts doesn't display anything in block quotes. So if you care about that kind of thing, now you know.