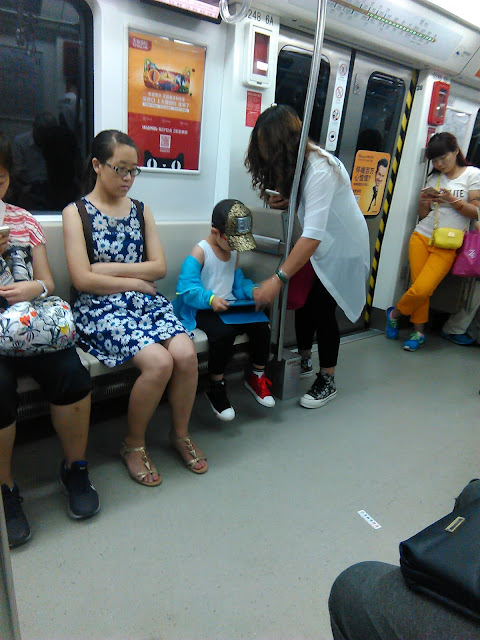 This kid's outfit might be hard to see, but he looked just like the kid dancer at the beginning of the "Gangnam Style" video. 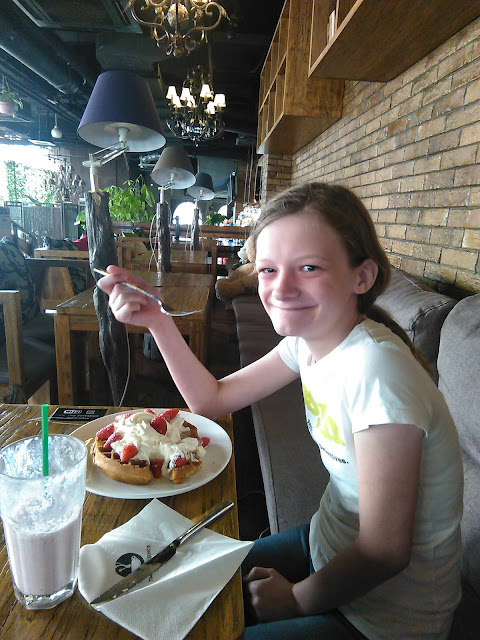 I got out of the habit of taking the kids out on Saturdays because we didn't really know where to go when we got here. Well, I've started it back up. This was Crazy Jane out for brunch at the slowest restaurant EVER. No matter how few patrons are in the place, how many employees are working, or how little food you order, your items come to you one every 15 minutes. Here she is, enjoying her massive waffle, 50 minutes after we ordered in an empty restaurant with three visible employees. Ironically, the place is called Time Difference Cafe, but we decided it should be called Time Indifference Cafe. (Yes, I know I sound like a regular. It's because the food is pretty good. Just never go there if you have any other plans that weekend.) 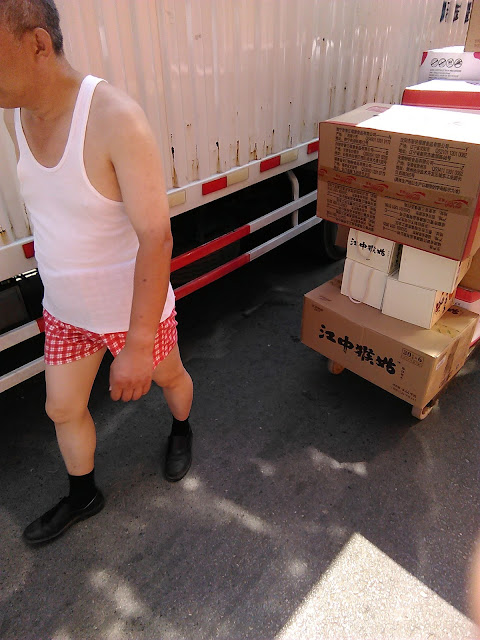 I went out with my wife and Crazy Jane for Crazy Jane's birthday breakfast. Then, as I was walking to work, I saw this guy coming up the alley. I had to make it look like I was just texting or something as I walked by. Usually my pictures like that end up terrible, but this one is PERFECT! Notice how his face is out of the frame, but his underwear-and-dress-shoes outfit is crystal clear? I texted it to my wife immediately. 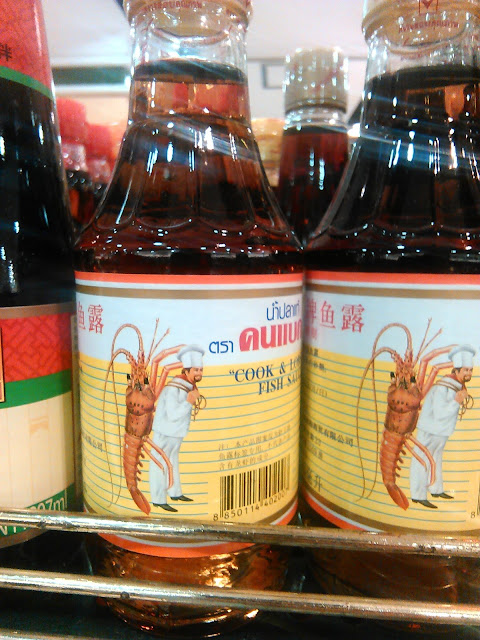 He ain't heavy; he's my brother! 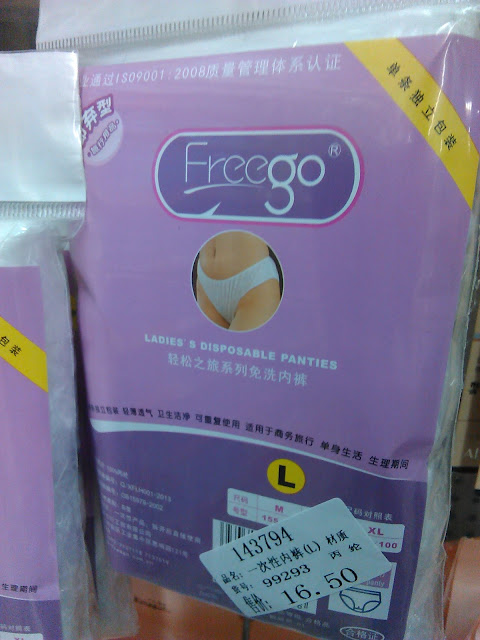 At the grocery store, we saw these. My wife wanted a picture. She posted it on Facebook and got a bunch of unexpected comments. I think the product name, FreeGo, make us think they were marketing it to woman who just wanted to piss themselves sometimes. My wife's Facebook friends, though, said they'd bought some when they had a baby because they weren't sure if Chinese hospitals send you home with those weird fishnet panties recently-unpregnated ladies get to wear, and they'd heard of ladies bringing these on vacation or hiking so they don't have to cart around dirty laundry. We're still not sure they aren't shameful, though. 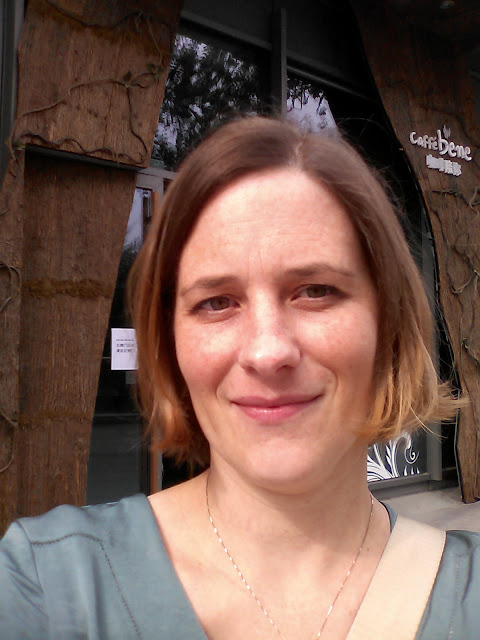 My wife wanted a new haircut, and I went with her because her salon is actually located in Workers Stadium. I figured there'd be some sort of Beijing Guoan team store nearby. (There's not. Because China.) Instead I got to sit in a salon and read the Chinese edition of Marie Claire (all the article titles were in English and the article bodies were in Mandarin). This is the final product. 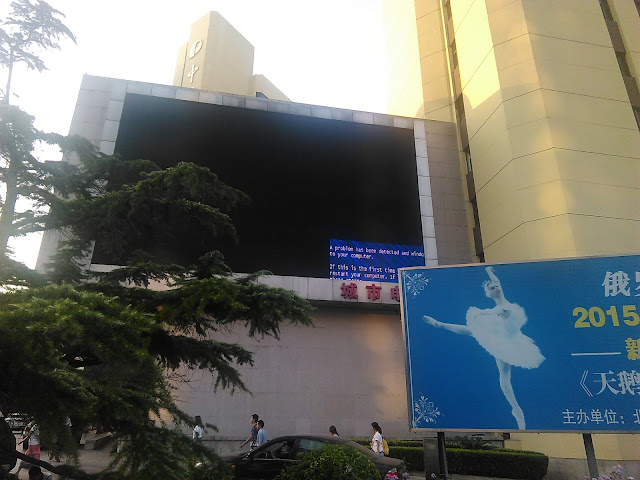 A giant outdoor TV screen stricken by the Blue Screen of Death. 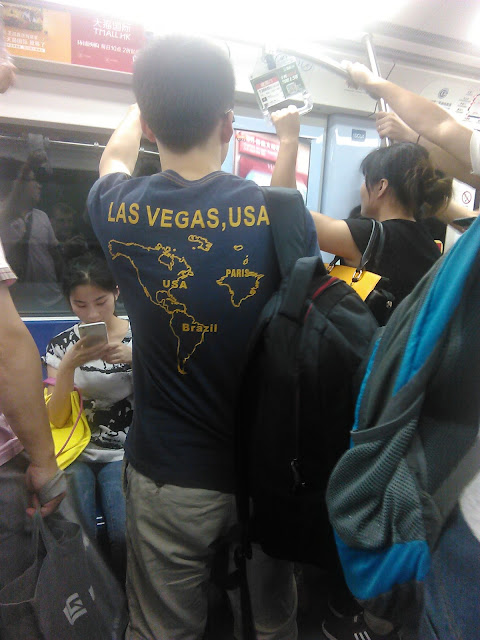 Riding home from my wife's haircut, two different shirts caught our attention on the subway. First, here's a map that moves Greenland south and labels it "Paris." Who knows why. Just because. 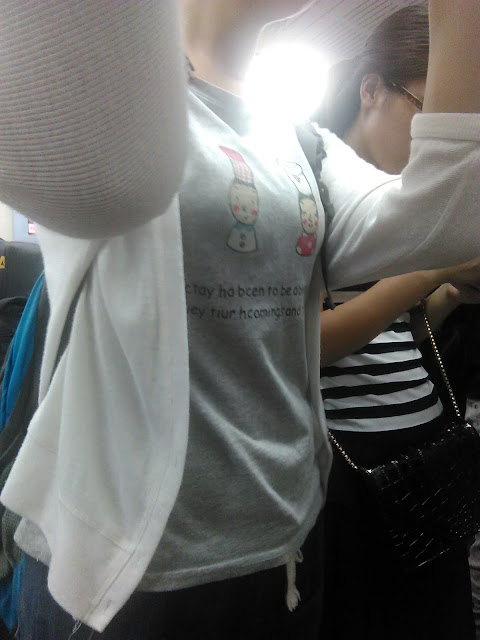 Second, this teenage girl had a picture with a random collection of letters on it, but organized into words like they meant something. It might be hard to read, but what is not covered by her sweater reads, "...tay ha bcen to be abi...ey tiur hcomings and...." My wife wanted a picture of this, but I was a little hesitant. I'm sort of past the age where it's okay for me to be taking cellphone pictures of teenagers' breasts on the subway. Now when I do it, I'm pretty sure I'm breaking a law. But my wife insisted, so I tried to be sly about it. But there's no real sly way of taking a picture of someone's rack. Plus, the girl totally saw my screen reflected in the car window behind me. We then tried to cover it up by making it look like I was just taking a bunch of random pictures to figure out what my camera settings did. I don't think she bought it. 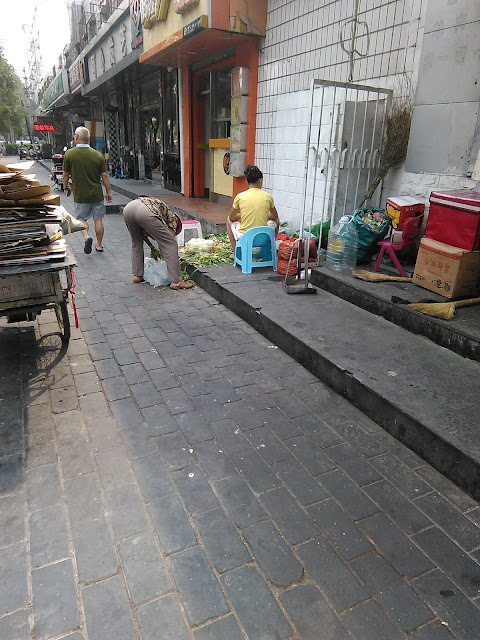 Just down the block from us is this restaurant where they prepare all the day's vegetables directly on the sidewalk. My wife wanted a picture of it, but since she was operating the camera this time, she took it from far away while the workers' backs were turned. When I'm the photographer, it's totally okay for me to have to be pervy, but when she's the photographer, proper decorum is observed. 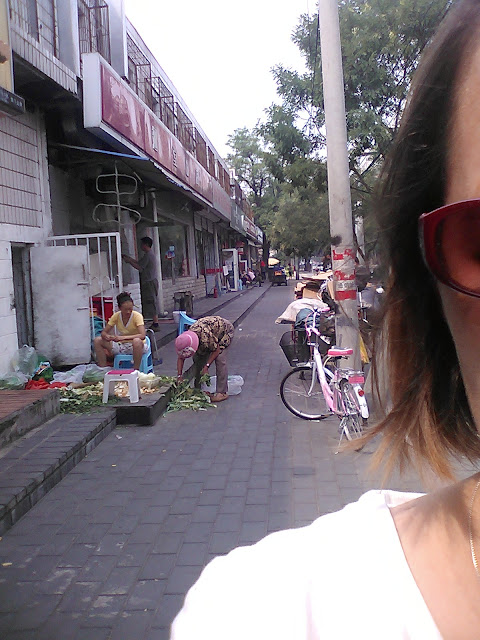 Notice how she tried to make this one look like she was taking a selfie? Why couldn't I do that with the girl on the train? 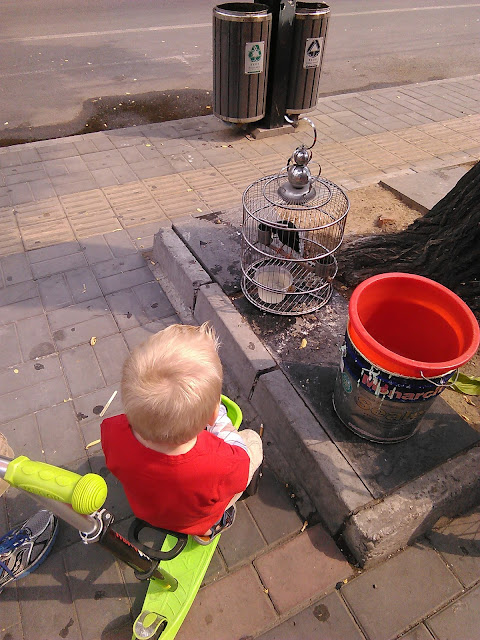 The Screamapilar had his third birthday and has graduated to a new blog nickname: Squidgems. We were screwing around one evening and I asked him if we should have named him Squidgems and he thought it was a hilarious name. Unlike his brother Jerome who hates all nicknames (and so has accumulated many of them), Squidgems has adopted the name gladly and likes to call himself by it. So here we are walking to get him a doughnut on the morning of his birthday, stopping to visit the bird that lives in a cage outside our local hair salon. 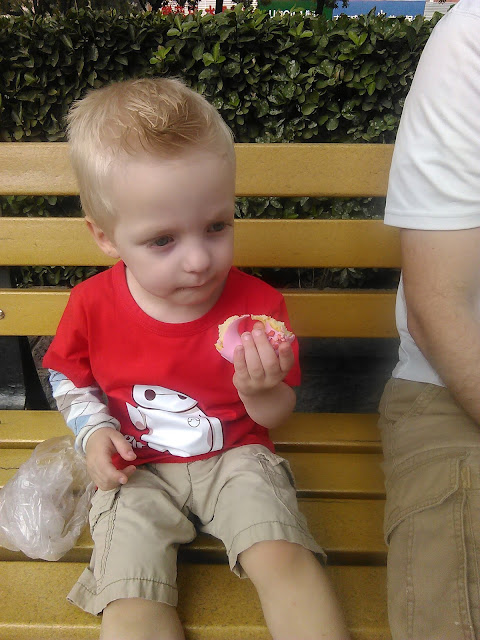 Squidgems with his birthday doughnut. 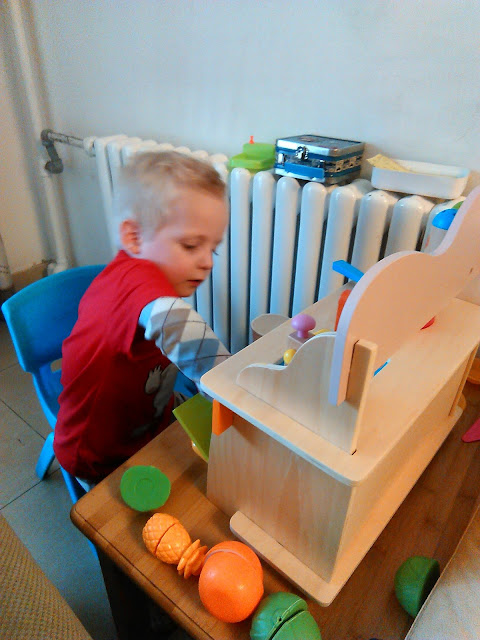 Squidgems played with a friend's toy kitchen recently and loved it. This made his siblings want to give him a toy kitchen for his birthday. However, comma, I hate giant furniture-size toys. My wife found a smallish one online and my personal assistant, Vicky, ordered it for us. When he opened it, Squidgems immediately opened a restaurant, which everyone in the family is required to visit constantly. Hurray. 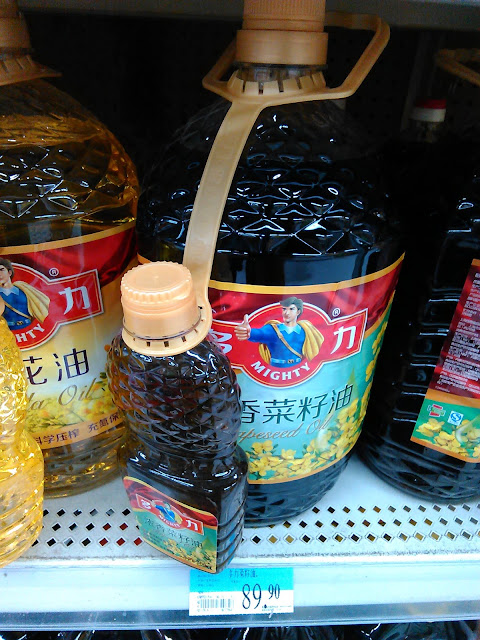