What's Wrong With Professional Development? Everything! (Write That Down.)

The content is entirely opinions presented as facts (think of the "unhelpful high school teacher" meme). It focuses on meaningless platitudes instead of concrete directions (character traits students will have instead of tasks teachers will complete). It is the work of someone who justified his efforts through scale (Sixteen hours of material?! There must be something worthwhile in there!).

Albert Zauberman once said: “The worse the economy, the better the economists [sic]” This is now known as Zauberman’s Law.

Ooooh, Zauberman's Law! Better write that down and remember to use that in conversations so I sound smart!

Except when you Google search for "Zauberman's Law," here's what you get. 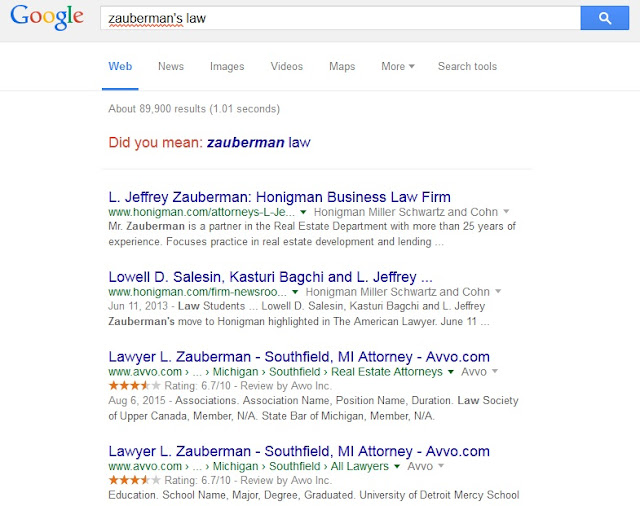 There is no Zauberman's Law. And it's unclear if there's even an economist named Albert Zauberman. 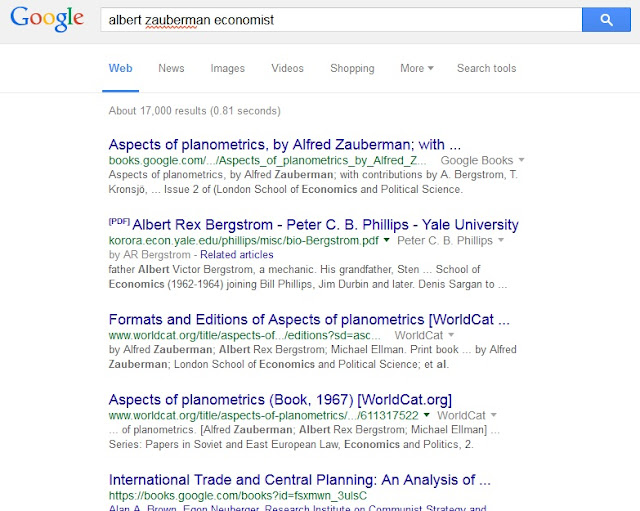 You get 17,000 results and none of the first page is about an economist named Albert Zauberman. Now, when you Google search for "[A Random Stranger] economist," you get 70,000 results and the first 12 are about me (the 13th is a false hit based on a misspelling, a common problem with my last name). So I'm more justified creating A Random Stranger's Law ("Professional development courses are for suckers") than the workshop creators are coming up with Zauberman's Law.

Email ThisBlogThis!Share to TwitterShare to FacebookShare to Pinterest
Labels: economics, The Internet, work

Craig had some guy come and do professional development with his teachers before the school year started. He just used the same guy they'd had the previous year, since he didn't really have time to research it and figure out if he could find someone better and everyone seemed to think that guy was fine. The professional developer ended up spending the whole time lecturing the teachers about how they shouldn't just lecture the students because it's too boring and no one learns that way. At first, Craig thought he was being ironic. But it turned out he wasn't.