My school allowed the teachers to attend a "cultural outing" instead of actually working yesterday. I could choose the Summer Palace or the Great Wall of China. Since we're close enough to the Summer Palace to go on our own, and my family had already been to the wall without me, I decided to go to the wall.

The section we visited, Mutianyu, is a well-restored section. Part of the restoration was the installation of a cable car that can take you up the mountain in just four minutes. 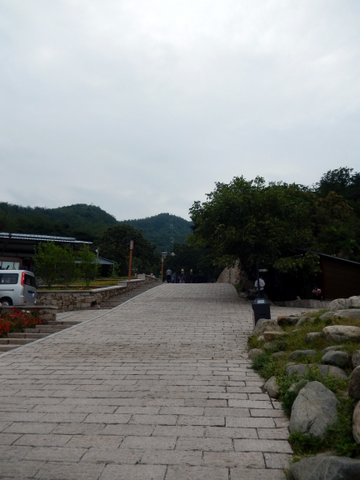 However, comma, it costs ¥150, and our automatic deposit for August didn't go through until later that night, so none of us opted for the cable car. Instead, we walked up the steps. 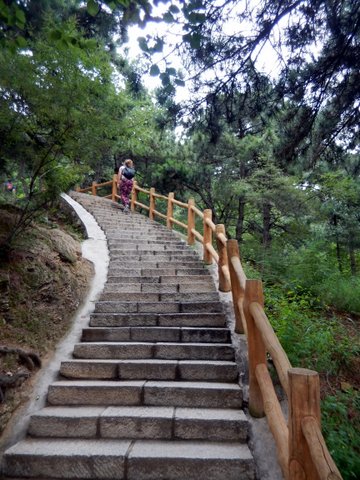 So, so many steps.

Half an hour later, we were on the Great Wall of China. 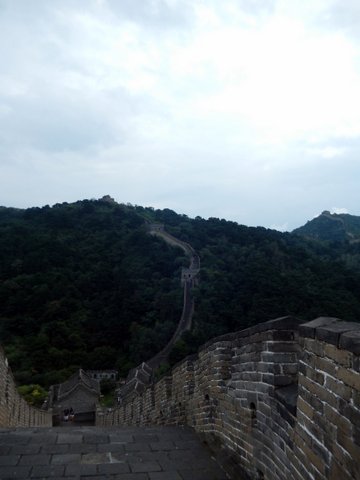 My wife had only one requirement. (Well, she probably had a lot, like, "Don't have an affair on this trip," but she only thought one needed saying.) I had to take a picture that was actually me at the Great Wall, not just a bunch of pictures of the wall. 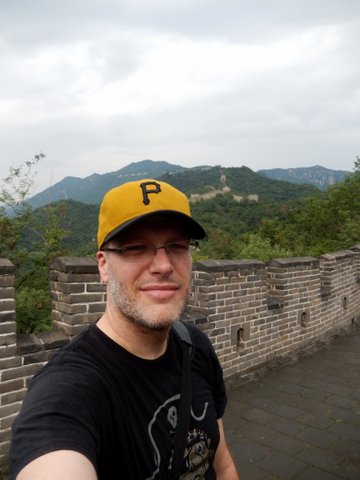 I spent a total of about 10 seconds taking around four or five selfies. Remember that for later. 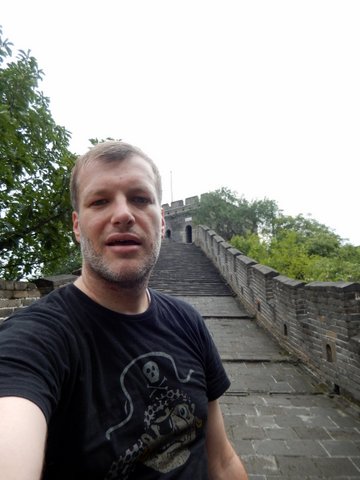 The characters on the mountain translate to, "Be loyal to Chairman Mao." Seriously. 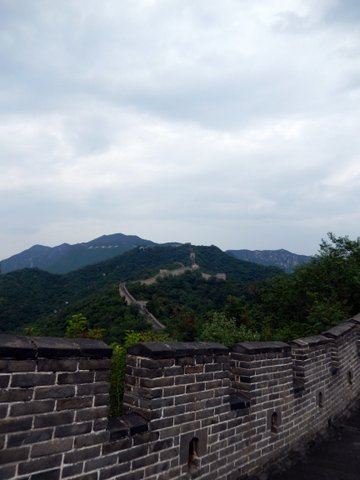 I came up behind three guys with Trinidad and Tobago credentials hanging from their backpacks. (The IAAF track and field world championships are going on in Beijing right now.) I said, "I'm just going to tell people the four of us are the Trinidad 4 x 100 relay team." One of the guys said they are actually 3/4 of the 4 x 400 relay team and that they'd won the silver medal the night before. I congratulated them and shook their hands. Later, I realized this story would be more fun if I had a picture with them, but I thought it would be lame to ask for a picture so much later, so I just took a creepy stalker picture of them instead. 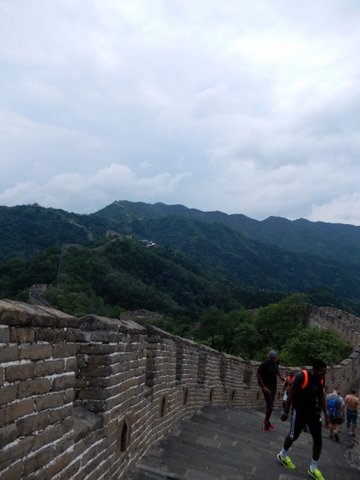 Then I took some more pictures of the wall. 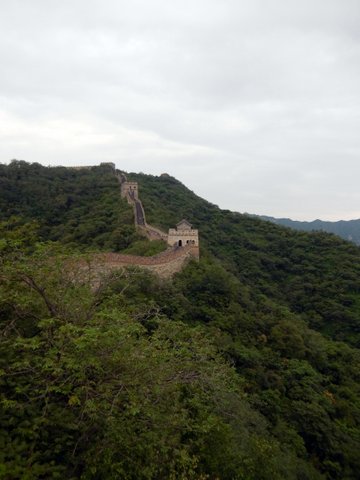 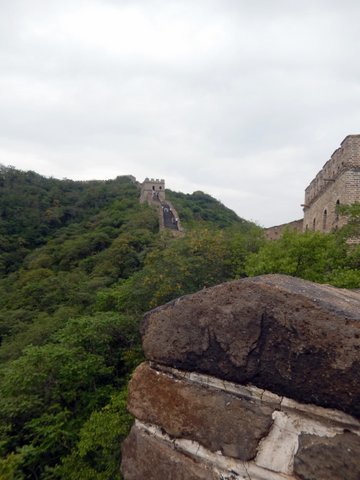 The air was actually great (part of the IAAF world championships and the coming military parade); the sky is overcast. It rained the night before and again the night after. So the pictures don't look that great but hiking wasn't terrible like it would have been with bad air quality. 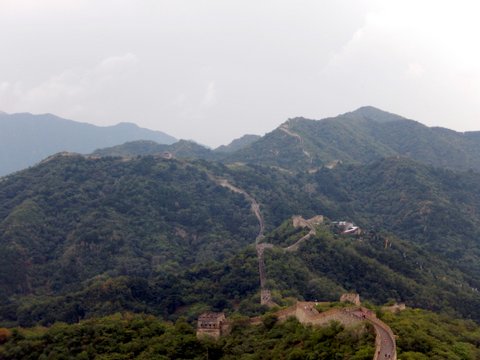 After a while, I stopped for lunch. I was with four colleagues at that point, but I spent most of the day alone. 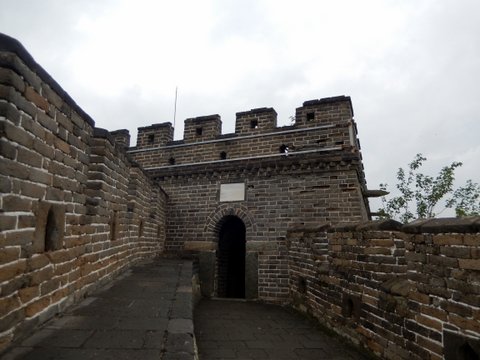 We were there on a very uncrowded day. I came across a scene I wanted to photograph, but I had to wait for a guy taking a selfie to finish up. I thought, "How long could he take, since I'd just seen him take about ten selfies not 30 meters away?" Answer: he can take a long-ass time. I sat in the middle of the wall, waiting for about three minutes, for this guy to take the perfect selfie. Fortunately, no one came along and ruined the shot while he was preening, so it wasn't a big deal. But still, dude. Three minutes for a selfie? 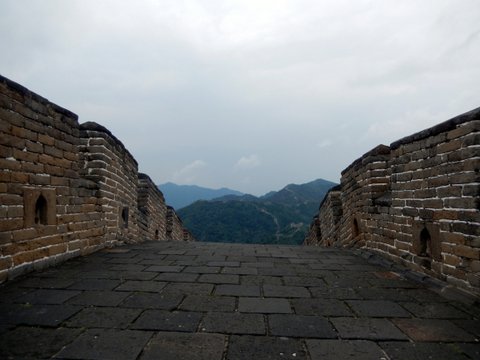 Most of our group paid ¥80 to take a sort of bobsled down the mountain. They had lots of signs and recorded announcements declaring that you couldn't take pictures, but all the other tourists were taking a LOT of pictures. A lady with the Trinidadian group held everything up for several minutes. We began to gently chide her, "No photos!" She said in a sort-of-playful-but-underneath-it-all-deadly-serious way, "Who paid for dis phone?!" After she left an Italian lady tried to take a selfie and the Chinese guy running the slide said, "Ain't nobody got time for that!"

Then they shut the slide down temporarily because one of my colleagues fell off his sled. He got a large road rash on his arm.

Eventually, it was my turn.