Frank Sinatra sang a song called "All or Nothing At All." It's about wanting to go to Bone Town, I guess, but I don't know--it's from back when song lyrics were a little more cryptic than Cardi B's "W.A.P." (Do NOT Google the lyrics to that song; it's like "Two Girls One Cup" in that you don't want to know what it is, even if you already do.)

Anyway, I am getting to a "Frank Sinatra" situation with my county collecting. I have completed 17 states, with five more very close to completion. Meanwhile, I have not yet visited 12 states, and for another two, I have only been to the state line and then turned around. So for nearly three-quarters of the country, I've either been to every county in the state or I haven't been to any. 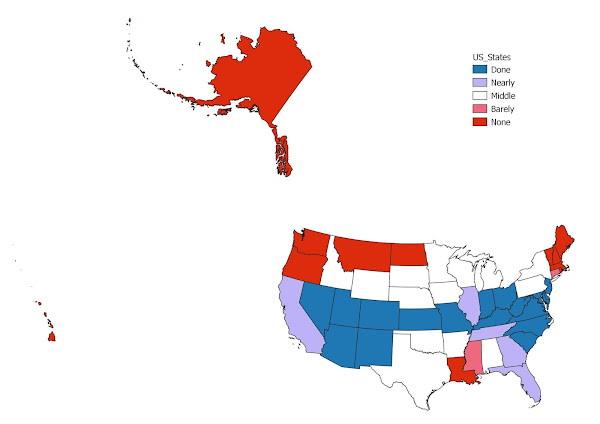