The Vietnam-War Approach to COVID

Nixon campaigned in 1972 on a secret victory strategy for the Vietnam War. After his election, he unveiled the plan: declare victory and quit. We "won" the Vietnam War in 1973, and in 1975 we air lifted refugees from the roof of our embassy. 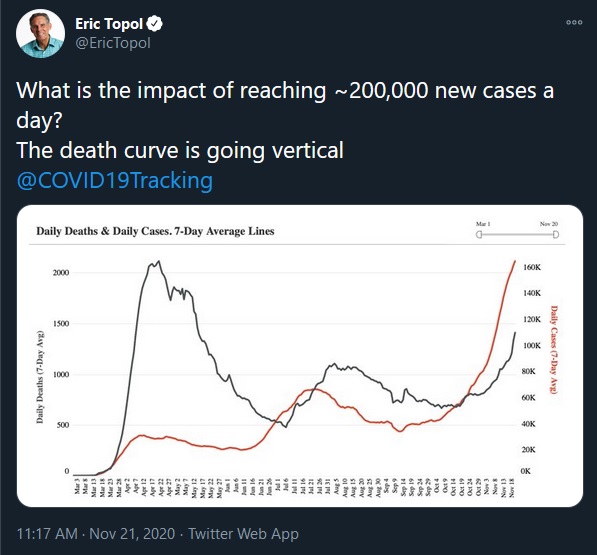 It was March when everything came to screeching halt. It was July when everyone decided to return to everyday life. And it was November when my stake presidency sent out an e-mail trying to shame everyone into live attendance at stake conference. Based on those dates, you'd think the crisis passed in May. But this graph shows that, in terms of cases, it has never been as bad as it is right now. The only reason the present isn't also setting the deaths record is the "dry tinder" whose deaths moved from later in 2020 to March.

Our church congregation started holding in-person services again, and even though we could watch a web broadcast of the sermons, my wife and I both thought, "I guess we need to start thinking about when we'll go back to church in person." And then on the first week's broadcast the first speaker got up to the pulpit and removed her mask. My wife and I looked at each other and said, "Never mind."